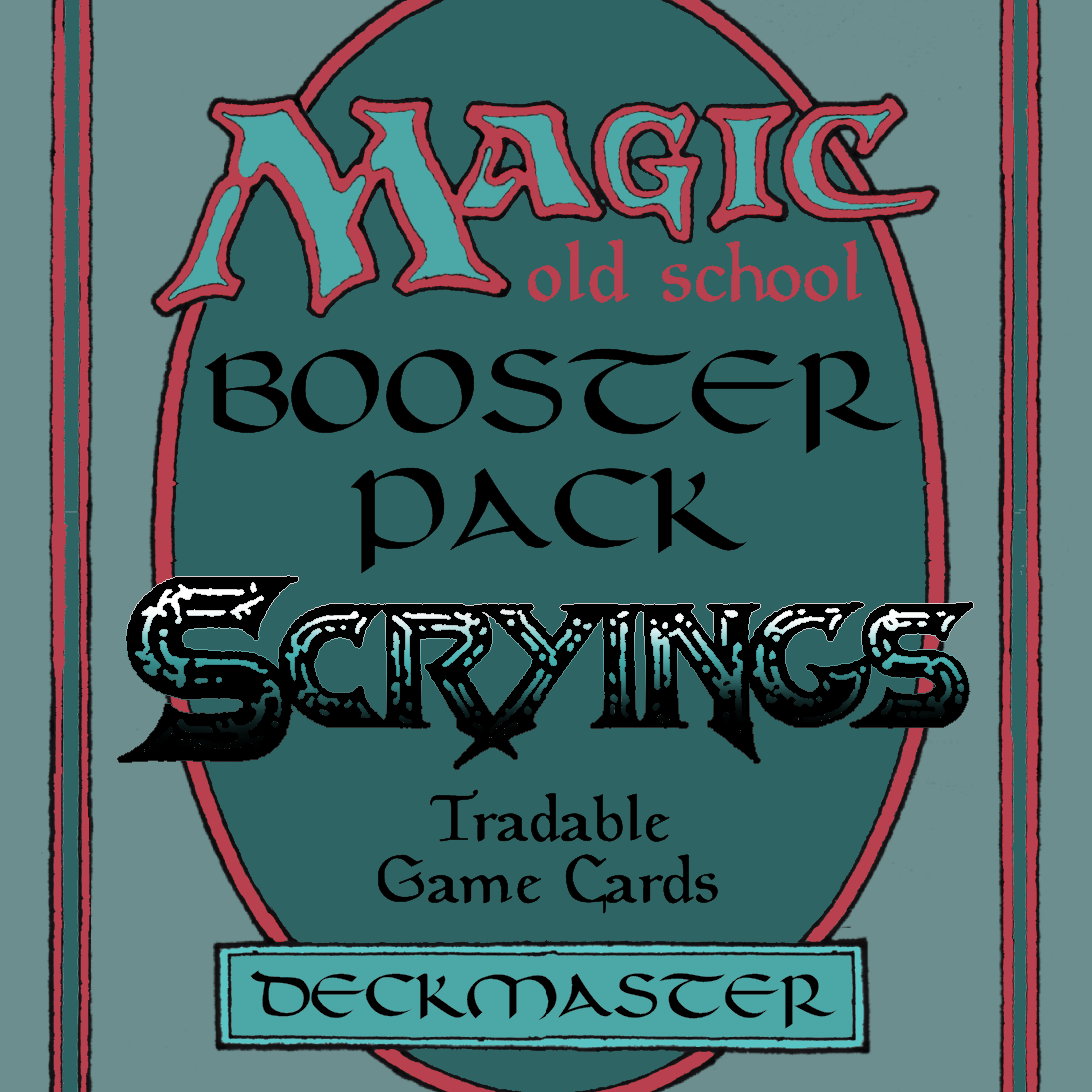 This time we have something different—a spoiler from the upcoming set Scryings.

Magnus “mg” de Laval—grandfather of the 93/94 format—has decided to inject some vitamins into the format by assembling a custom set of cards from the sets Fallen Empires, Ice Age, Homelands, Alliances, Mirage, Visions and Weatherlight. The name of the set is Scryings, and it will be added to the original 93/94 card pool in select upcoming tournaments like n00bcon, as explained here.

In this post I have the pleasure to spoil two cards from Scryings, which seems kind of appropriate, as the set is a journey into Premodern territory. I’ll do my best to throw a bone both to the 93/94 and the Premodern crowd. (You might even be one of those weirdos who play both “Dadgic” formats, like myself.)

Love me tinder, love me true

The first card is Tinder Wall: 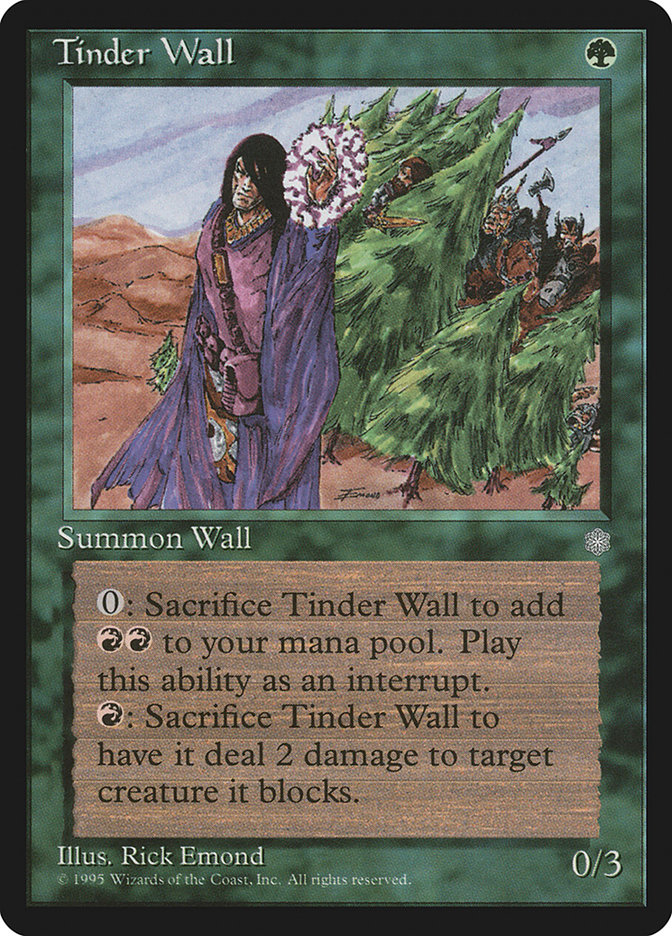 Apparently, power creep is an old phenomenon, as this Ice Age card is strictly better than Wall of Wood, though with strictly worse artwork. That doesn’t say much, to be fair, so let’s have a closer look at the tucked-on abilities. The first ability, which is sort of a red Dark Ritual on a can, is obviously the most important one. Ramping to four mana on the second turn is nothing to sneeze at, and the fact that it gives double red mana can also be a selling point. The second ability—sacrificing it to deal two damage to a creature that it blocks—is clearly quite fringe, but not completely irrelevant. Let’s have a closer look at the card in 93/94, and thereafter in Premodern.

My spontaneous reaction is that this is a fine addition for red-green budget decks, in which it can be used as a poor man’s Black Lotus to power out an Erhnam Djinn on the second turn. Or why not turbo-charge the good ole’ Channel–Fireball combo. And if you don’t draw your Channel, at least you can grow your Fireball a bit. A few other relevant drops have already been spoiled too. At four mana, we have Nettletooth Djinn (source),  Wildfire Emissary (source) and Primal Order (source). And at five, there is Deadly Insect (source). Lastly, if everything else goes wrong, you can always try to reset with Jokulhaups (source).

Wildfire Emissary and Deadly Insect are both immune to Swords to Plowshares, an otherwise problematic card for those in the ramp business.

Another card that comes to mind is Living Plane. The problem with this card is usually that it doesn’t come down fast enough, and the turn you play it you may not have enough mana to start harassing your opponent’s lands with cards like Lightning Bolt. Tinder Wall may help here too. I’m really hoping for Scryings to include Pyrokinesis, Stormbind and Simoon, so that this deck can become a thing!

The wall function is not irrelevant either, and stopping Mishra’s Factory is of course what comes in mind first. And if they try to pump the attacking assembly worker with another factory, then you can fire off Tinder Wall‘s second ability and burn it in response. Tinder Wall can also hold off e.g. Savannah Lions and Argothian Pixies.

The main problem with Tinder Wall is of course that it doesn’t attack. More aggro-leaning builds may therefore want to stick to Llanowar Elves. But otherwise I suggest that you give Tinder Wall a chance.

Tinder Wall hasn’t seen much play in Premodern, but I think that it’s underrated. Ramping out a Blastoderm, a Ravenous Baloth or a Masticore on turn two is pretty sweet, and it could also serve as fodder for Natural Order. 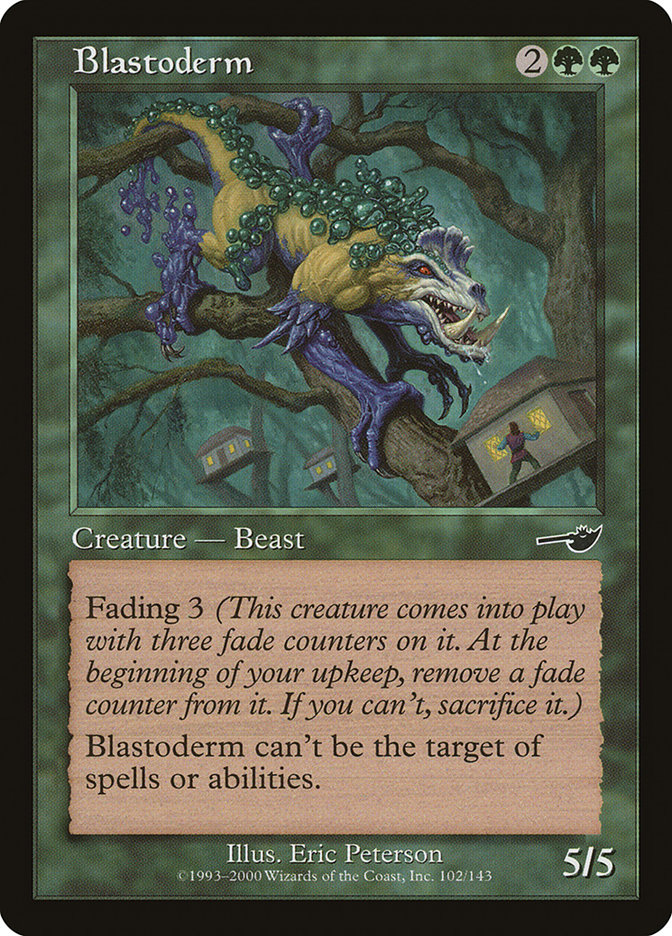 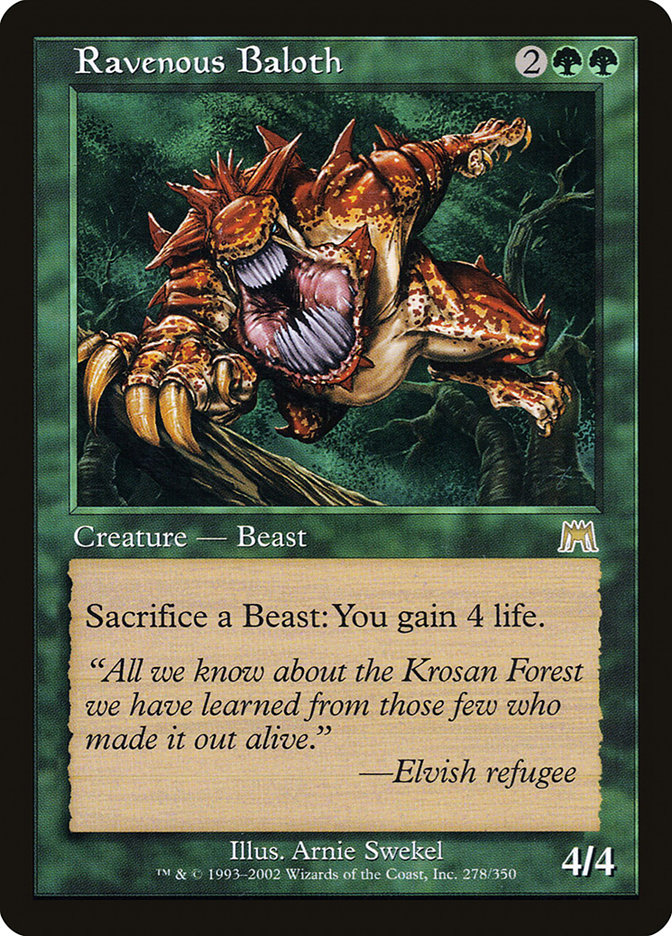 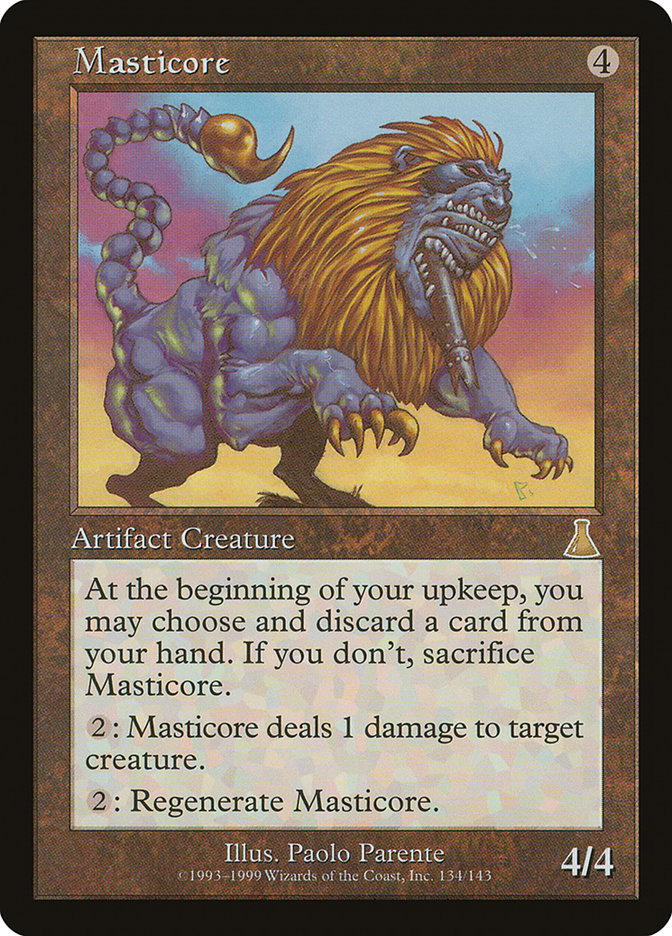 The wall duty is even more relevant in Premodern than in 93/94. In particular, it’s a turn one answer to Goblin Lackey which cannot be removed immediately by Mogg Fanatic or Gempalm Incinerator. It also slows down Sligh decks, e.g. by blocking Jackal Pup or eating a burn spell. And if you are attacked by Ball Lightning or a huge Goblin Piledriver, then the sac-and-burn ability comes in quite handy as well.

I’ve experimented a bit with adding Tinder Wall to Survival of the Fittest decks, e.g. here, but there’s clearly more work to do in finding a good home for it.

The second card is Quirion Ranger: 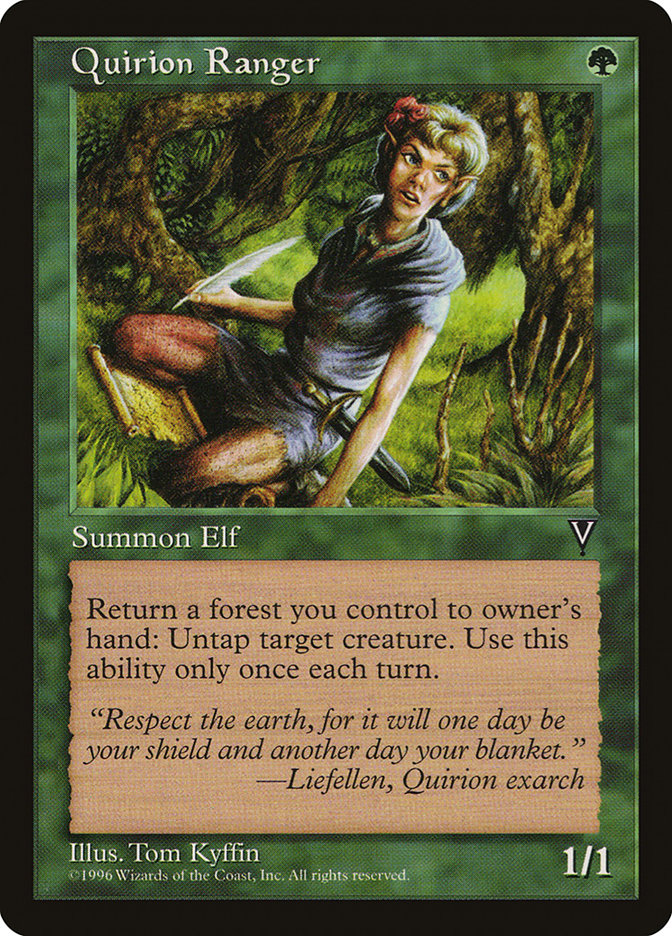 The first thing to note is that Quirion Ranger works with dual lands and not only basic forests. It can also untap any creature, so you might be able to catch your opponent off-guard by untapping an assembly worker for surprise-blocking or pumping.

The ranger obviously gives you more incentive to play Birds of Paradise, Llanowar Elves and Elves of Deep Shadow, but I can’t think of a big payoff card like Priest of Titania or Rofellos, Llanowar Emissary, which are available in Premodern.

Quirion Ranger may be best in an Ehrnam–’Geddon build, since there you have the double synergy of untapping your mana creatures and bouncing your lands so that Armageddon hurts yourself less. Winter Orb also works fine with Ranger, of course.

Quirion Ranger doesn’t need much of an introduction in a Premodern context, as it already has a great home in Elves, preferrably alongside cards like Wirewood Symbiote and the above-mentioned Priest of Titania and Rofellos, Llanowar Emissary. But it’s worth noting that the Ranger is really good to nullify Land Tax, and it also mitigates the damage from Devastating Dreams, so it’s strong against Pink Prison decks. Quirion Ranger is also a nightmare for Stasis, unless they are prepared with Cursed Totem.

Do you have any interesting deck-building ideas with these cards? Should we follow suit and make a Premodern version of Scryings, so that we can play cards like Oko, Thief of Crowns here too? 😉 Feel free to discuss in the Premodern social media channels! Giving little thought to their own defense, they carried the flag that united their army.