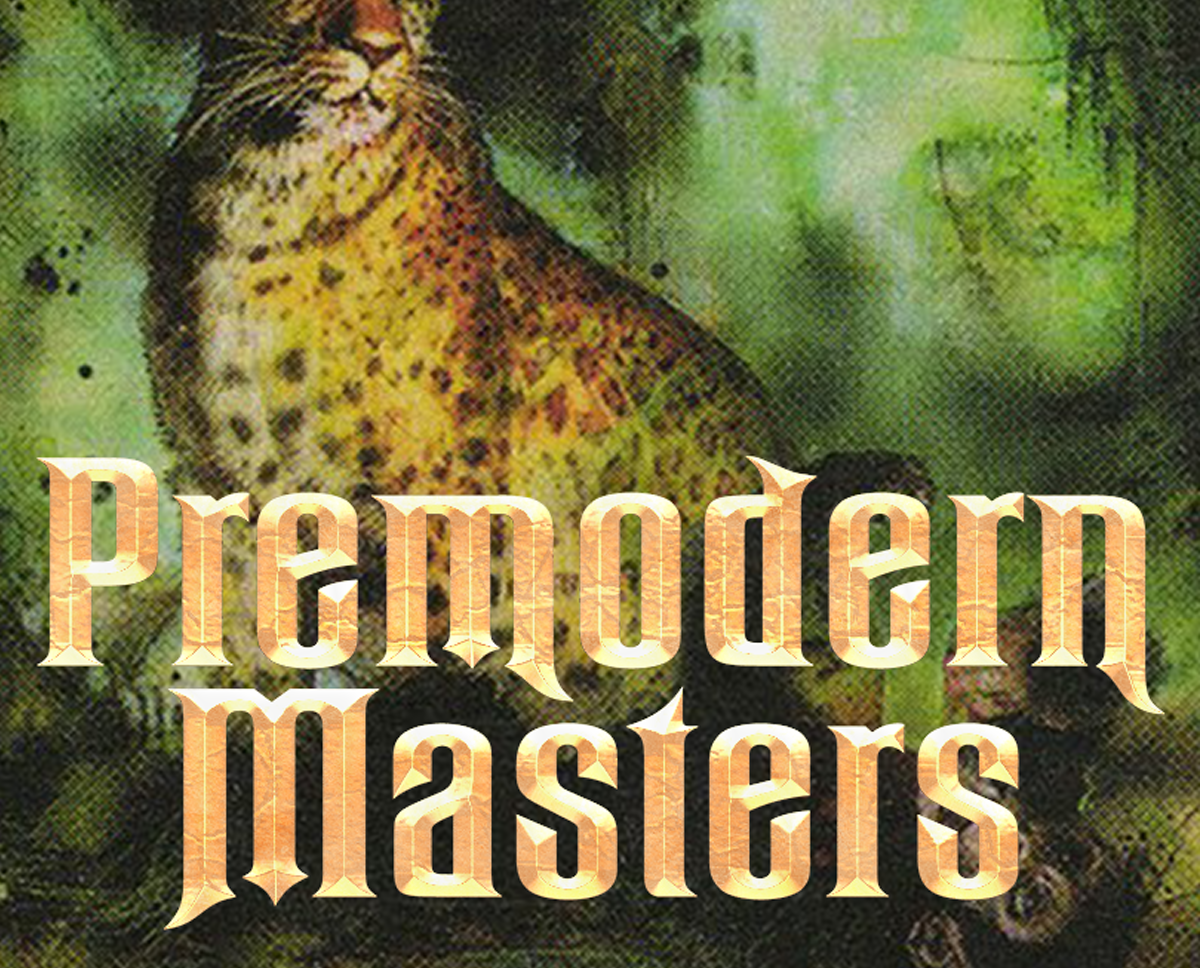 This is the third and final blog post about Premodern Masters by Max, Sakari, Kim and Aleksi, in which they discuss the digital drafting and playing aspect, as well as the physical set itself. See part one here and part two here. Enjoy! / Martin

We modified the dr4ft service (which itself is a fork of the draft project by aeosynth) to include the Premodern Masters set. Drafting via the http://draft.premodernmasters.com/ service is fairly simple, just open up the page and create a room or join an existing one. The person who has created the room can customize the settings and then start the draft when all the players are present. The service will take care of the circulation of boosters automatically. After the draft is complete it is easy to export a .txt file of the card pool to your preferred software (such as MTGO). In order to play via MTGO, we created eight new accounts, one which was used to store all the necessary cards from the set, while the other seven were used for playing. These accounts were completely empty (apart from the necessary basic lands), which then makes it much easier when moving cards between the accounts (we strongly recommend using empty accounts). To get technical for a moment, these are the steps for making swapping cards between accounts as easy as possible.

During the draft and gameplay we also utilized a Discord server and voice channels, along with some screen sharing to allow spectating of the matches going on.Unfortunately MTGO does not work well with Discord app capture, so you need to share your full screen. While playing live paper MTG is fun, this really was a great way to get to play our custom set while staying safe and being considerate of each other. As an added bonus, it can be difficult to get eight people together for a live draft on a random Tuesday, but getting people to be online from the comfort of their own homes for a few hours was much easier. Another positive is that it allows you to have friends who live further away taking part.

As for the physical set, we aimed quite high in terms of experience. One of our main objectives was to make sure that drafting was as close as possible to a real booster draft experience without too much setup time. One main concern was to avoid duplicate commons/uncommons in boosters, and for this we made a system to label each card in the set. Each card was double sleeved, and on the inner sleeve a small sticker was added to indicate which group the card belonged to. Each group was represented by a letter or number: special lands L, rares R, uncommons in three groups (A, B, C) and commons in four groups (1, 2, 3, 4). Then, when you construct boosters, you shuffle the cards belonging to each respective group, and end up with nine individual piles (lands, rares, three uncommon piles and four common piles). Let’s say you have an eight person draft, which means you need 24 boosters. You make 24 piles with one rare face down in each pile, followed by placing one land on top in each pile. After this, use the uncommons from pile A and place three each in eight of the piles, cards from pile B in eight, and cards from pile C in the remaining eight. Then finish the whole process in a similar way, by placing ten common cards from pile one in six boosters, from pile two in six boosters and so on. When you are done, you should have 24 piles with 15 cards each. This way of building boosters is very similar to how many people make cube draft packs. In the case of a set like Premodern Masters, where there are multiples of individual cards, we really think this extra effort is worth it, as even though getting multiples of a card in a pack is unlikely, it still feels a bit weird. This was our preferred way of constructing packs, which also meant we wanted some way of storing packs if we ended up making the packs before the actual draft taking place. Cardamajigs produces plastic cube packs, which originated via a Kickstarter campaign, and are now available for continuous purchase. We purchased enough of these to allow us to construct 48 booster packs, good for two 8-player draft pods. While Cardamajigs offers a wide range of cube packs with various designs, we knew we wanted to make ours resemble actual MTG boosters, so some customization was needed. After doing a fair bit of research on Premodern era booster wrappers, graphics and fonts, we created a Photoshop template which included a yellow metallic looking frame at the top and bottom, and a custom created font logo for the set. This allowed us to swap out the artwork being used in the middle, much like actual MTG boosters have varied artwork on the boosters. We ended up using eight different arts for our boosters, and all of the arts were taken from cards which are present in the set. One card art was present from each color, plus one each for lands, artifacts and multicolor cards. We ordered the graphics as custom cut stickers from Sticker Mule (highly recommended), and then just stuck these on the front of the plastic cube packs. This turned out great, and really elevates the drafting experience. We also ordered some pretty cool holographic stickers of the set logo from the same place. We thought no drafting experience would be complete without some custom tokens to fit the theme. Using the old frame WotC tokens as inspiration, we created a token template of our own, and used vintage engravings and botanical drawings as the style for the visual artwork. We mapped out all the cards that produced tokens, and created tokens for every single one. This ended up being 20 different tokens (generated by 23 different cards). Even obscure ones like the */* Saproling generated by Saproling Burst got its own token. The tokens were printed at Make Playing Cards, which we’ve used previously for printing custom basic lands for a cube. While the cards are not 100% identical to printed MTG cards, they are close enough that for casual play you really can’t tell the difference. Now that we had all our cards sleeved and marked with stickers for categorisation, plastic cube packs with custom stickers, and tokens to go along with everything, all we needed was something to store all this in. Previously we have experience with wooden storage boxes, as the amazing Aaron Cain has produced two boxes for us, and they are truly great pieces of work. However, he had quite a backlog of orders, so we decided to go for something else. We found a local retailer that sells hard shell carrying cases, the type used for various medical equipment, microphones and cameras. The case included a customizable soft foam inside, and by removing the correct amount of foam, we were able to get three columns to fit inside the case. This meant that all our cards snuggly fit inside the case once we had put them in the plastic cube packs. Now the whole Premodern Masters set can easily be transported, and draft packs can be constructed ahead of time, so that setup once all the people get together is minimal. Now, this was of course done just before COVID-19 hit Europe, so we haven’t had much of a chance to actually bring the case to different places and play, but there will be plenty of time for that in the future. Long thought merely a legend, the appearance of the gnarr was seen by the defenders as a sign of good luck.